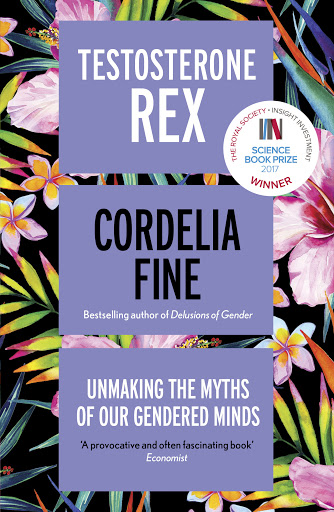 When a baby’s born, their sex is usually the first thing we want to know about them, and the last demographic information you’re ever likely to forget about a person is whether they are male or female. Perhaps it’s not surprising, then, that we often think of biological sex as a fundamental force in development that creates not just two kinds of reproductive system, but two kinds of people.

All in all, then, while the “Would you go to bed with me tonight?” findings represent one of the largest sex differences ever observed in psychological research, and it demands explanation, chalking it up to fundamentally different female and male sexual natures may be premature.

… social realities mean that women and men in these studies are simply not participating in the same experiment. It’s not just that the experiment as experienced by women entails inviting them to put themselves in a situation that, according to years of advice and warnings, is the very epitome of “asking for trouble.”

Interestingly, even the apparent counterexample of the minority of men who purchase sex—often taken as evidence of men’s capacity and desire for purely physical sexual activity—turns out in some cases at least to be nothing of the sort. According to University of Leeds sociologist Teela Sanders, “a significant number” of men who purchase sex habitually or exclusively visit the same sex worker.

Presumably, then, the younger the man, the better the state of his “good genes.” Yet despite all this, men don’t wear uncomfortable platform shoes in order to make themselves look taller, rarely hand over fistfuls of cash to pay for major surgeries to make themselves more pleasingly V-shaped, or make their chins more handsomely prominent, nor line up in large numbers to have their foreheads paralysed with Botox injections. This absence of male enthusiasm for painful and expensive physical enhancements points to the possibility that deficiencies in reproductive potential can be, and are, forgivingly overlooked when it comes to sexual attraction.

But even over the relatively short period between 1939 and 2008, preferences have shifted in step with a breaking down of traditional male breadwinner versus female homemaker roles, note psychologists Wendy Wood and Alice Eagly. For men, the importance of good financial prospects, education, and intelligence in a partner has risen, while the importance of culinary and housekeeping abilities has decreased.

Whereas in the past, wealthier and better educated women were less likely to marry, now they are more so. As Wood and Eagly note, this means that women now enjoy “a marriageability pattern similar to that of men.”

According to compiled findings from one much-used inventory, more than 80 per cent of men report greater interest in “things” than the average woman, who has a greater fascination with “people”-inclined activities, and this seems to be reflected in the kinds of occupations into which women have made the least inroads over the past three decades.

That we expect Testosterone Rex to create an all-around risk taker is implicit in Hoffman and Yoeli’s remark that men are “more likely [than women] to die in a car accident while speeding in the Ferrari they bought with their stock-market earnings.“

But also, within some species—including our own, as this chapter fleshes out some more—neither sex has the monopoly on characteristics like competitiveness, promiscuity, choosiness, and parental care.

Another evolving aspect of this debate is that old arguments that sex inequalities are explained by women’s intellectual inferiority have shifted towards claims instead that these inequalities are due to sex differences in values and interests. It’s not that a woman can’t behave like a man; it’s just not in her nature to want to.

As for indirect aggression—the aim of which is “to socially exclude, or harm the social status of, a victim” without getting blood on one’s suit—if anything, the scale is tipped towards greater female aggression. In short, sex differences in aggression don’t get us very far in explaining the occupational status quo.

The higher prestige of males and masculinity is, some have speculated, why significant numbers of girls in middle childhood start to shun the “girl” toys and activities they have supposedly evolved to prefer, in order to become “one of the boys,” while there is a conspicuous absence of boys hoping to become “one of the girls.”