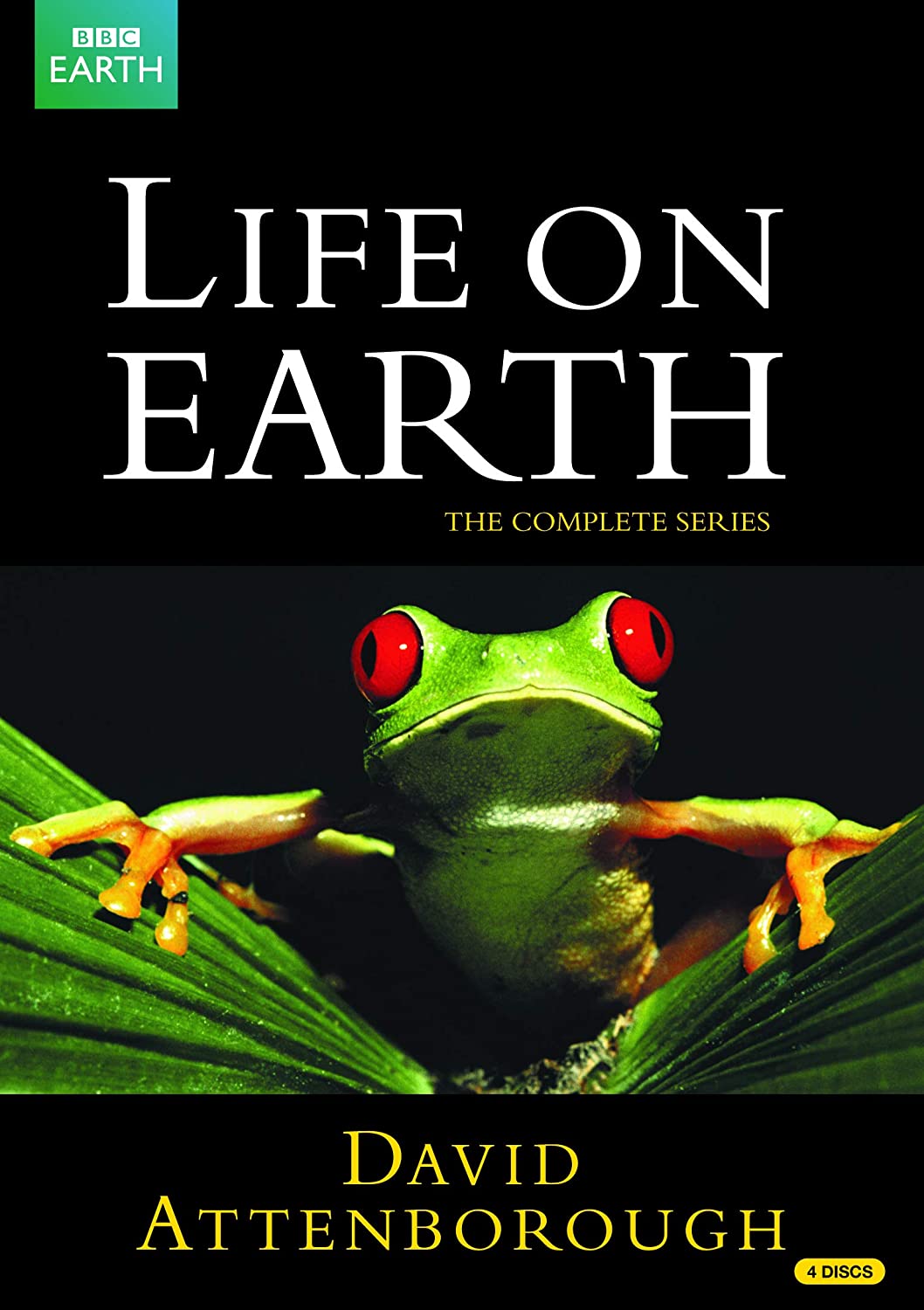 Using this method we can estimate that the Last Universal Common Ancestor of all life on earth – commonly known as LUCA, and basically a population of simple bacteria – lived around 4 billion years ago. Everything we can see around us can trace its ancestry back to that group of cells.

One whole group of molluscs has single shells. The limpet, like Neopilina, produces shell at an equal rate right round the circumference of the mantle and so builds a simple pyramid. In other species, the front of the mantle secretes faster than the rear and creates a shell in a flat spiral, like a watch spring. In yet others, maximum production comes from one side so that the shell develops a twist and becomes a turret. The cowrie concentrates its secretion along the sides of the mantle, forming a shell like a loosely clenched fist. From the slit along the bottom, it protrudes not only its foot but two sections of its mantle which in life may extend over each flank of the shell and meet at the top. These lay down the marvellously patterned and polished surface characteristic of cowries.

By any standards, the insect body must be reckoned the most successful of all the solutions to the problems of living on the surface of the earth.

The number of individual insects in the world seems beyond any computation, but someone has made the attempt and concluded that, at any one time, there must be something of the order of 10 billion billion. Put another way, for every human being alive, there are over a billion insects – and together these insects would weigh perhaps 70 times as much as the average human being.

Around the margins of the hill, the termites construct tall, thin-walled chimneys which stand out from the sides like ribs. No insects live inside these huge smooth-walled ducts. Their only function is ventilation. As the sun warms their walls, the air inside becomes hotter than that in the centre of the nest. It rises, drawing exhausted air from the central galleries and the deeper parts of the hill, creating a circulation.

In Australia, the compass termites build castles in the shape of huge flat chisel blades, always with their long axis pointing north and south. Such a shape exposes the minimum possible area to the ferocious midday sun but catches the maximum of the feebler rays in the early morning and evening when, especially in the cold season, the termites are grateful for warmth.

Termitologists have made great advances in working out how the pheromone communication system controls and coordinates a colony’s activities, but no one has yet explained how the millions of blind workers, each carrying a tiny pellet of mud, manage between them to construct such ingeniously shaped, efficient and large-scale buildings.

About 450 million years ago, a split appeared in the fish dynasty. An examination of living species reveals what happened. A set of genes in one group of fish for some reason became duplicated and this resulted in them producing bone in their skeletons. Their descendants became the ancestors of all backboned animals alive today – including ourselves. The other group used a softer, lighter and more elastic material to support their skeletons – cartilage. The descendants of this group are the sharks and rays. This ancient split in the ancestry of fish means that you and I are more closely related to a cod than the cod is to a shark.

The tree ferns and horsetails of the time grew much bigger than their present-day descendants. This may have been a consequence of competition to claim the light and overshadow competitors, or a way of avoiding being cropped by the large dinosaurs. At any rate, some of these plants grew to heights of six metres. Some vegetarian dinosaurs, however, grew long necks. This enabled them to reach more food than their competitors, and the fact that they did not need to chew it meant that their heads could remain small and slight. And this, in turn, allowed their necks to grow to even greater lengths. The carnivorous dinosaurs that preyed upon them would then also have to become giants in order to be able to subdue such huge prey. So the dinosaurs eventually became the largest animals ever to tread the lands of the earth.

The American alligator also piles up vegetation, lays her eggs in it, and regularly turns it over to provide the eggs beneath with moisture and a constant heat from the rotting foliage. One of the reasons they take such care to maintain a stable temperature is that in crocodilians, as in some other reptiles and fish, the sex of an animal is determined when still in the egg by the temperature at which it develops. At higher temperatures, a greater proportion of young will be female when they hatch.

So feathers did not evolve initially for flight and do not define birds. The birds inherited them from feathered ancestors. And this leads to the realisation that all dinosaurs were not exterminated when the asteroid crashed into Mexico 66 million years ago. Some of those with feathers survived. So dinosaurs today are flying around our gardens.

The greatest traveller of all is the Arctic tern. Some nest well north of the Arctic Circle. A chick hatching in northern Greenland during July will, within a few weeks, set off on an 18,000-kilometre flight that takes it south, down the western coasts of Europe and Africa and then across the Antarctic Ocean to its summer grounds on the pack ice not far from the South Pole. It may then, during the Antarctic summer, driven by the incessant westerly gales, circle the entire Antarctic continent before leaving once more for southern Africa and then heading north back to Greenland. So it experiences both the Antarctic and the Arctic summers when the sun scarcely dips below the horizon, and sees more daylight each year than any other creature.

The energy spent by such migrants in their vast journeys is gigantic, but the advantages are clear. At each end of their routes they can tap a rich food supply that exists for only half the year. But how did they ever discover that such sources existed so far apart? The answer seems to be that their journeys were not always so long. It was the warming of the world at the end of the Ice Age 11,000 years ago that began to stretch them. Before that time, birds in Africa, for example, might fly briefly a little to the north to the edge of the icecap in southern Europe where, for a few months in summer, there were insects in quantity and no permanent local population to feed on them.

All in all there are around 1,200 species of bat. So, taxonomically speaking, one mammal species in every four is a bat. They have made homes for themselves and found sufficient food in all but the very coldest parts of the world. They must be reckoned one of the most successful of the early insectivore variations.

One of the problems of the grazing life is that an animal, with its head on the ground for such long periods, cannot keep a good lookout for predators. The higher the eyes can be placed on the head the better. This requirement, together with the necessity to provide room for the enlarged molars, resulted in a considerable elongation of the skull. So the early horses evolved into the forms we know today.

Perhaps most surprisingly as it scurries through the palm trees, Ptilocercus feeds on fermented nectar, consuming quantities of alcohol that would intoxicate a human, yet remains perfectly poised and seemingly uneffected

British farmers in North America were contending with what some then believed to be the most numerous bird in existence – the passenger pigeon. Its flocks were so vast they darkened the skies, blotting out the sun and taking days to pass by. At night, when they roosted in trees, their weight was so great that branches broke beneath them. Although they were slaughtered in great numbers, they seemed invulnerable. Competitive hunts were organised in which, to qualify for a prize, entrants had to shoot at least thirty thousand birds. The flocks wandered widely in search of food. Sometimes several years would go by without a visit to a particular locality. And then suddenly, people realised that not only had the birds failed to return for several seasons, they had gone for ever. The last survivor, a female called Martha, died in a cage in Cincinnati Zoo in 1914.