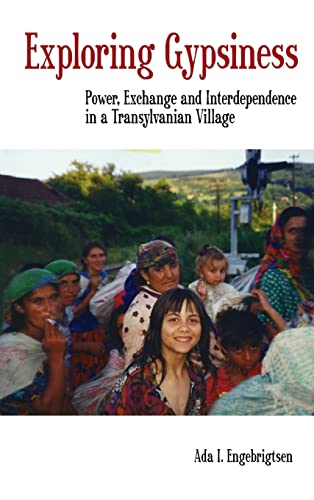 The Roma did not understand our problem. ‘Just say that your car has broken down, say you have no petrol, just lie’ was their advice. When we answered that everybody knew we always had money for petrol and that people saw we were using the car and would know we were lying, the Roma laughed and said that of course everybody knew it was a lie, but then they would know that we did not want to go. This made us reflect upon how impossible it was for us to tell a lie that everybody knew was a lie; it was contradictory to our self-perception as honest and integrated persons. When we told the Roma that we could not lie in that way, they laughed their heads off and wondered how one could get on in this world by sticking to the truth. The point here is again not that Romanians tell more lies that Norwegians, but the way our culturally defined self-perception is suited to cope differently with different social environments.

It is wage labour per se that is conceived of as degrading to the Rom sense of dignity and self, but like most moral notions this one is also ambiguous. Joska the bulibaa would often brag about the fact that all hamlet Roma were employed during the Ceauşescu period and he would add that they were considered very good workers. But then he would add: ‘but now we have aumage (unemployment) and we are free!’.

The most important economic resource for the hamlet Roma since the revolution is the annual arrival of clothes and other luxury items from a West European NGO. Most of this gift is sold and bartered to peasants, thus strengthening already established exchange relations. The female head is in charge of this exchange on behalf of the family household. As this gift has arrived every year at the same time for twelve years it has transformed the economic conditions of the Roma to a substantial degree and has established a new season to the Roma’s work cycle: the arrival of the gift.

The sense of shame so important in the Roma’s understanding of themselves, although inherent in the Rom child, is seen to develop according to the physical growth and development of the body (see also Okely, 1983). Without an evolved sense of shame, children are not responsible for their actions. As individual character is given at birth and as maturation is seen as a question of the unfolding of inherent traits, parents are not responsible for the character of their children and are not imagined to play a central role as agents in the formation of the child’s personality (see also Gropper, 1975). The hamlet Roma raise their children to live the same or a similar life to their own, as Roma. The Rom belief in the innate properties of the person expresses and supports in my view the strong value the Roma place on personal autonomy, while the role of the caretakers in evoking or kindling the person’s innate properties stresses the intersubjectivity, interaction and interdependency of individuals.

Hamlet Roma see no use for school for their children; they may go if they want, but will not be encouraged by their parents. School is not a Romano, but a gaikano thing from the Roma’s point of view. Thus the discipline of the body, submission to a regime of place and time (expressed through schedules, enclosure and forced labour) special to the school and so important in preparing the child for the world of wage labour, is not part of the hamlet children’s socialisation.

The general act of sharing is referred to as to give: te des. As Joska’s brother in-law argued to my husband: ‘You are my brother and you are rich. You must give me money (trubul te des man love)’. By evoking kinship, sharing was presented as obligatory.

The Roma very clearly state that they do not save, they spend – in contrast to the gadje who save and are not generous. They describe with disgust how gae even keep a record of what they give.

Every man is responsible for the respect and honour attached to his household and this also influences the respect of his familia. A proper man is honourable: paivalo. Men are supposed to behave in a respectful manner, show dignity expressed by autonomy, strength of will and body, and to control themselves and their dependants.7 All men are considered equal, but their own or their dependants’ acts may enhance or diminish their honour and the respect they may receive from other men.

Men prided themselves on being consumers of women’s work, not on being providers. Some men even emphasised that drinking, sleeping and eating is what the good life is all about. But ‘alas, being poor we have to work’. As we have seen, manual or wage labour did not enhance a man’s honour or respect and was generally avoided by household heads. On the other hand, it was considered shameful for a man to let his wife and children go hungry and badly dressed, and men that performed manual labour talked scornfully about men who only drank and got ‘paid’ by their women. As households are expected to be self-sufficient, the men are responsible for the wellbeing of their family. That usually means that they have a hardworking wife, bora and children.

The only honourable way a man could make money was by some sort of trade: biznica (see also Voiculescu, 2002). To strike a good bargain is to have luck (bax): ‘to get something for nothing’ (See Stewart, 1997: 142). The hamlet Roma seemed to have this perspective: as long as gae produce enough food for the Romnja to gather, why give up the good life? Kurva’s brother Thulo expressed this philosophy in his way: ‘Man has come to earth to enjoy himself (o manu avilo pi phuv te distrol pe)’.

To avoid shameless activities men often find it safer to stay at home and let women and children do the dirty work in times when dirty work is the only work available.

And as we shall see, the ritual separation of femaleness from maleness is crucial to the self-understanding of Roma as morally superior to gadje. This separation was expressed in the hamlet by a system of ritual separation that will be discussed more thoroughly in later chapters. But rituals of separation were also performed between spouses in everyday co-operation. Joska and Kurva referred with disgust and horror to the gadjo youths who would kiss in front of their elders or in public places.

Children are generally reproached by the question: ‘Don’t you have shame?’, as a way of guiding their actions. The corrective exclamation: ‘Rom san! – (you are a Rom)’, is often added to such scolding. Only by becoming gadje may a Rom person become totally shameless.

These are not rules, but collective practices to handle confrontations with formal authorities and with local power holders without losing control of their way of life. The hamlet Roma avoid sending their children to school, but they always verbally consent to the gadjo effort to educate them. They do not go to church, but express their devoutness through funeral rites and by expressing their religious sentiment. They avoid wage labour that puts them in an inferior position towards gae and prefer doing business on their own terms. The balance between economic dependency and cultural autonomy is thus a constant struggle. They need to get hold of a share of the wealth of gae without being polluted by their cosmology.

The ideology of familism, analysed as a response to state control and permanent shortage under communism in general (Buchowski, 1996), is expressed in a general distrust towards anyone outside the range of relatives, towards representatives of local authorities and towards the state.

Roma do not believe in this kind of magic and fortune-telling so clients were always gadje.

Theft is not a concept within a community of sharing brothers and sisters, and among Roma ideally theft is nonexistent. Theft from gadje was legitimate and they did not differentiate between private and state property; it is all gae property. To Roma, gae property is what state property is to Romanians – something that they are entitled to (a share of). Stealing gadje property does not violate Rom values or endanger relations between Roma.

By their social practices and discourses the hamlet Roma oppose state domination, not by any conscious strategy or purposeful intent, but by perpetuating the way of life they know and appreciate. By rejecting schools and by avoiding wage labour, by differentiating themselves from peasants and by several other social practices, the Roma avoid the central state institutions for incorporation of its subjects, and experience a certain degree of cultural autonomy. The way that Rom socialisation strategies ‘vaccinate’ the Rom child against abuse from the gadjo society and that the rejection of schooling prevents the gadjo cosmology from replacing that of the Roma, have been discussed earlier. The structural domination of the majority – the gadjo – although inhibiting the Roma from resource competition, does not dominate the Rom self-perception. It is not a psychological or symbolic dominance, and is thus interpreted by the Roma more as an environmental obstacle than as subordination.

I do not at all suggest that the individual Rom does not feel and experience the hate, oppression and injustice to which she or he is subject, only that the Rom cosmology creates a contemporary world where the Rom is King.

In the first chapter I indicated that Romanian villagers seemed to see the relatively more modern and civilized Hungarians as more ‘strange’ and threatening than the ţigani. With the ladder of civilizaţie as moral parameter, Romanian collective identity struggles to find its form between the cold and hard Hungarians representing foreignness and civilization, and the bad and immoral ţigani, representing the uncivilised, but none the less Romanian barbarian.

I do not expect violence or extermination to be the Romanian solution to this conflict: ambiguity and ambivalence are far more prevalent traits of the român/ţigan relationship in Romania than repression and hatred. Ţigani are considered far more ‘indigenous’ and Romanian among most villagers, than Hungarians are.