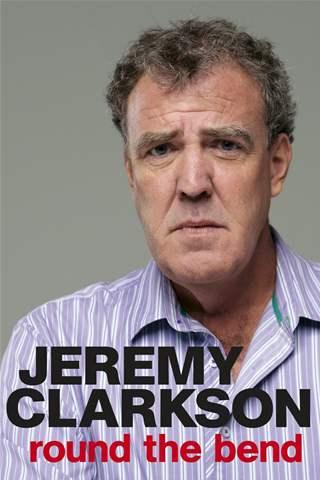 France itself is beautiful part of the world and the French language is spoken honey – unless it’s being used in a pop song, obviously; in which case it’s as attractive as an inside-out horse.

But just about everything the French make or do is lumpen, ugly or odd. This is especially true of their cars.

If you asked anyone to name the ten best-looking cars ever made, not a single person  with functioning retinas would put a French car on their list. Renault occasionally does something appealing like the Avantime, but mostly it believes we’ll buy its cars specifically because they’ve got big arses. Peugeot can do a good-looking car but only when it pays Pininfarina to design it. Left to its own devices, it mostly does bland, with occasional gusts of awfulness like the 309. That really was a mobile wart.” (126)

“Today, though, Citroën is starting to buck the trend. The C5 is exceptionally good-looking. The C6 has great presence, and if you drive through town in a C4, no one is going to point and laugh. But then, just when you think Citroën has got the idea, out pops the new Berlingo.” (126)

Watch out, this nipper’s tooled up – Ford Fiesta Titanium 1.6
„The anti-car lobby can never win its argument until it begins to understand that here in the West the car is not a tool. It is not a white good. It is not an alternative to the bus or the train. We do not buy cars like we buy dishwashers and toasters. It’s not a decision made on cost or practicality and it certainly has nothing to do with the environment. Otherwise, everyone would have a Hyundai Accent with a three-cylinder diesel engine. Or a bus pass.” (189)

„However, in what we must now call the developing world, it doesn’t work like that. Cars are not substitutes for empty underpants. They are not glamorous. They are white, made in Korea and really nothing more than vinyl oxen with wheels.“ (189)

„In places with earthquakes and mud and flies, zero to 60 is irrelevant. And good looks mean that some of the interior space must have been compromised. A Hyundai van with twelve seats and a diesel engine. That’s what gets them going in Nigeria. … That’s why no one in Vietnam wants a Lamborghini. It doesn’t have enough seats. It uses too much petrol. The import taxes are too high. The roads are too rough.“ (190)

An adequate way to drive to hell – Vauxhall Insignia 2,8 V6 4×4 Elite Nav
„I was in Dublin last weekend, and had a very real sense I’d been invited to the last days of the Roman Empise. As far as I could work out, everyone had a Rolls-Royce Phantom and a coat made from something that’s now extinct. And then there were the women. Wow. Not that long ago every girls on the Emerald Isle had a face the colour of straw and orange hair. Now it’s the other way around.“ (194)

Out of nowhere, my car of the year – Chevrolet Corvette ZR1
„Strangely, however, the Chrysler is not the worst car I drove all year. That accolade rests with the diesel-powered Kia Sedona people carrier.

With the Sebring, you get the impression that the designers and enginess couldn’t be bothered to make a good car. With the Sedona you are left with the distinct impression they simply didn’t know how.

I cannot conceive of how empty, pointless and lacking in ambition or style your life must be for the Sedona to be a solution.” (210)

“It’s said you can’t be too beautiful or too rich but you can have too much power. Because one minute you’ll be overtaking a lorry and the next you’ll go mad and want to invade Poland.” (210)

Perfect, the car for all seasons – Range Rover TDV8 Vogue SE
“When it comes to taking a vacation, we only really need France.

It has beaches on the Atlantic coast where you can surf, and more on the south coast when you can spend all day pretending not to look at breasts. It has mountains for skiing and hiking. It has the best cheese in the world, the best mustard in the world and the best wine in the world.

I could go on, so I will. It has the best weather in the world, the best scenery in the world and it’s even replete with funny-looking  little locals who sit outside their houses in baggy clothes. But, unlike poor people in, say, India or Brazil, they don’t pester you for money, or try to sell you paper napkins and hot dogs at the traffic lights.” (244)

“James May once said that France only exists so we can drive more easily to Italy but this, I’m afraid, proves the man is mad. Because France has everything anyone could ever want from a holiday destination and, of course, it’s right next door.” (245)

“Indeed, I have decided there is a simple answer to every choice we face in the world today. Brand of television? Sony. Music? The Stones. Pin-up? Carla Bruni. Religion? Buddhism. Phone? iPhone. Newspaper? The Sunday Times.

And that brings us on to sport. Rugby is too complicated. Cricket is to dreary. Golf is for Freemansons from the Order of St Onyx. The fact is that you can’t beat football. It’s easy to understand. It flows nicely. And there’s always a local team you can support. What more do you want?” (245)