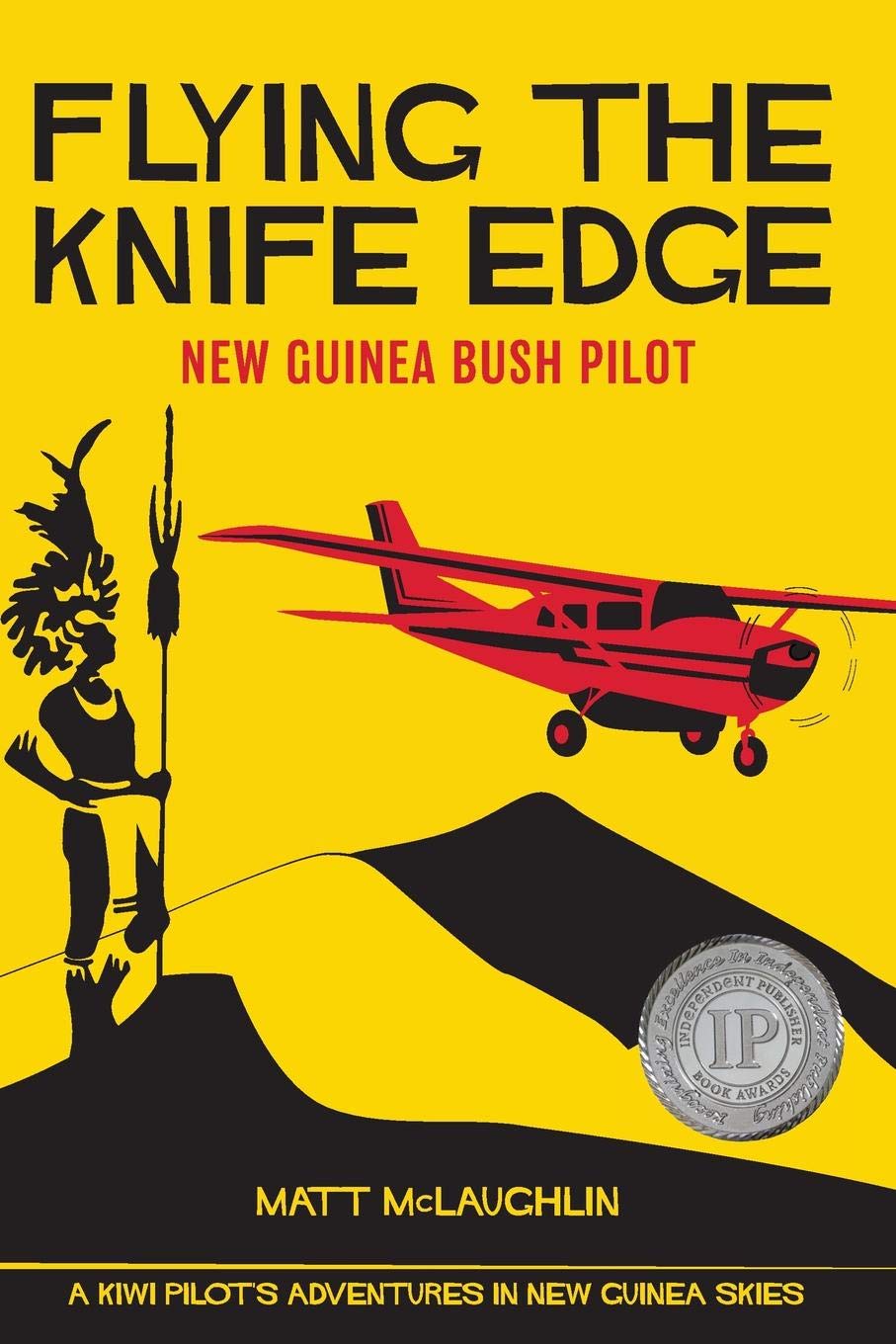 And the pick of the bunch: a woman’s bra was kalabus bilong susu (kalabus = prison, susu = breast; literally ‘a prison for boobs’).

Between 1990 and 1994, the period when I was cutting my teeth as a PNG bush pilot, the numbers were shocking. On average, there were two aircraft accidents per month, leading to the loss of ten percent of the country’s aircraft inventory per annum. 129 pilots and passengers died in this five year period. This was a diabolically high loss rate for civilian flying, aircraft crash statistics that cemented PNG’s reputation as one of the most dangerous places in the world to be a pilot.

To avoid overloading pilots estimate the load by lifting each bag. Failure here can result in a really nasty experience. Recently 1100kgs instead of 800 was mistakenly loaded on an Islander at a marginal one-way strip, the error becoming very apparent during the final 50 metres. Fortunately the aircraft was able to make it over the threshold and sink down the valley to gain flying speed, leaving its pilot much more experienced.

MacArthur went on to serve as US Army Chief during the Korean War. He was fired in 1951 by then US President Harry S. Truman, who was less than complimentary of the military icon: I fired him because he wouldn’t respect the authority of the President. I didn’t fire him because he was a dumb-son-of-a-bitch, although he was, but that’s not against the law for Generals.

When I obtained my private pilot’s licence, I briefly considered a career as a commercial pilot as I appeared to have the necessary attributes … with a heart like Phar Lap and a brain like a pea, however I would probably have failed the pilot’s medical with my blood pressure and IQ too high. John Ralston Wild

When I first arrived in PNG, Br Damian had told me about the three ‘M’s. Expatriates in New Guinea were half-jokingly pigeonholed into three groups: Missionaries, Mercenaries and Misfits.

The problem with the lifestyle in PNG was that the longer you stayed, the more likely you were to join the ranks of the Misfits, and the harder it would become to reintegrate back into a more normal existence in one’s home country.

The hard-core Misfits, especially the pilots, got a glazed look in their eye, an addiction to South Pacific Lager twist-tops (or something stronger), and a pathological aversion to how things were done in their home countries.

Today, for those on the outside, it appears that Papua New Guinea (especially the Highland Provinces) is a backwards nation, slow to adapt to the modern age. I have always felt the opposite, and been impressed how the locals have coped with so much change in such an impossibly compressed time frame.

The people of PNG have gone from grass huts and headhunting to iPhones and the internet in less than 100 years. I think that’s something for them to be very proud of.

Mendi has an edgy frontier-town feel, a sort of Dodge City-meets-Mogadishu vibe. There’s not much to the place: a scruffy central main street with a bank and tradestores and fast food shops; an open-air produce market on the banks of the river; buai-stained government buildings; a public hospital. It’s worth a trip to the hospital just to read the pricelist for various medical procedures on a prominent signboard near the entrance. Included on the list is Childbirth K55; Broken limb K30; Gunshot wound K20; and my favourites (in a tacit admission that tribal fighting is rife) Spear/Arrow removal K15 and Knife/Axe wound K20. Good grief.

After witnessing their first aircraft landing and watching the European occupants clamber out, locals were heard to mutter that they would like to eat the human waste and the genitals of the visitors from the heavens. The Leahys and the other Europeans in their party had to post guards when they relieved themselves in the bushes, as locals were known to pick up their excrement and roll it into leafy packets that would become conversation pieces in the village.

I’d been a PNG bush pilot for almost three and a half years. In that time I had flown 3,392 revenue flights into 98 of the nation’s airstrips for a grand total of 2,484 hours on the New Guinea knife edge.

Someone once said that airline flying involves hours of boredom punctuated by moments of sheer terror.