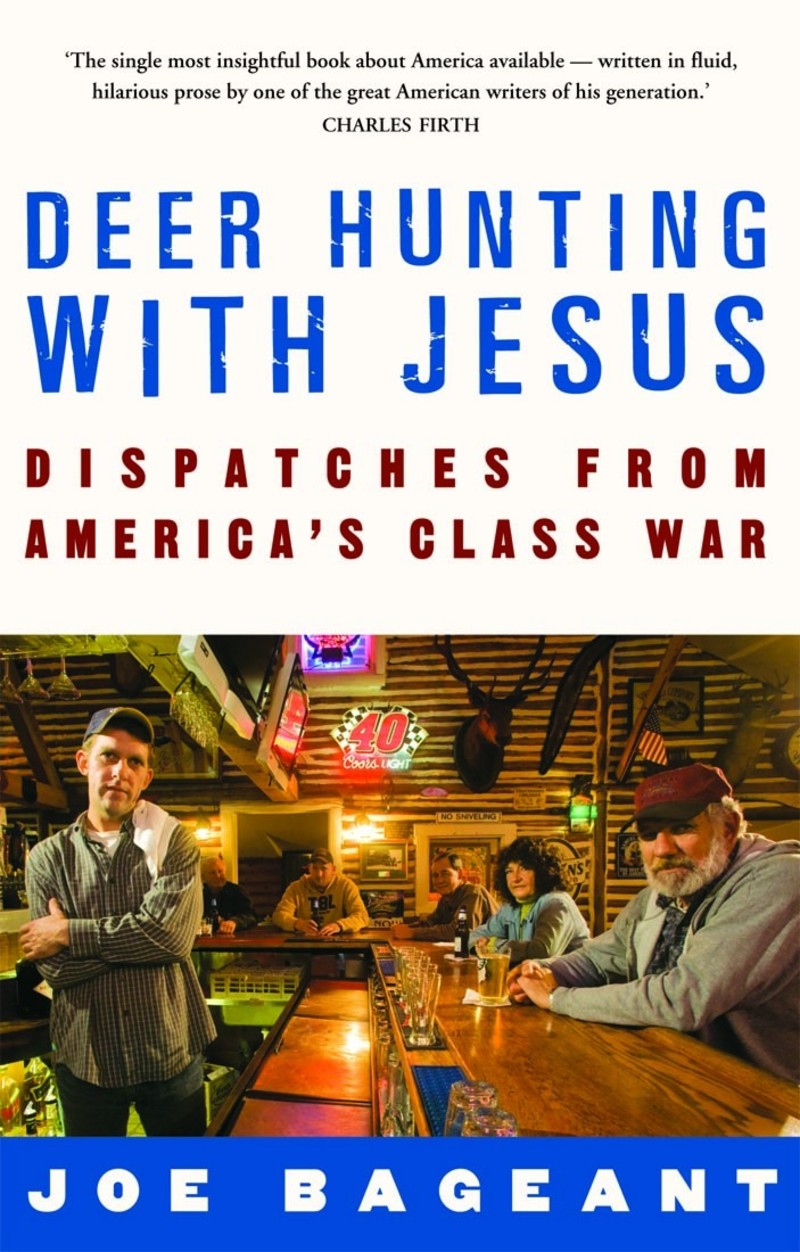 When the middle-class citizens of Winchester or of the new suburbs of America—the 20 percent or so of Americans whose lives most closely resemble media images of the middle class—do cross paths with these struggling workers, they do not often recognize them as struggling. That smiling, wise old fellow in the orange vest in the pipe department at the local Home Depot, the one who knows everything there ever was to know about plumbing, is limping around at age sixty-seven on bad knees and has two bone-grafted disks earned through a life in construction labor. He is working solely to purchase heart medicine and the private insurance he must have if he doesn’t want to lose to hospital bills the rundown bungalow he and his wife bought in 1964—the one that is now in such a bad neighborhood that only the slumlords ever make an offer for it, but even then not much. He’s been losing ground for twenty-five years.

Not that I am presently poor. In the course of that circuitous journey between leaving Winchester, penniless and dumber than tree bark, and returning at age fifty-three, a modestly successful journalist and editor, I am now approximately a member of the middle class and one of the liberals at whom I so often poke fun. But a person’s roots do not disappear just because he or she managed to narrowly cross the class lines that the American national story line claims do not exist. And what I see is that my people, the working folks in the old neighborhood—though they own more electronic gadgets and newer cars—are faring worse than when I left in quality of life and basic security.

If you had lived his hard working life and had a philosophy of never wanting any handout from the government, you too would be conservative. By “conservative,” I do not mean a wild-eyed neocon. I mean that you would be cautious and traditional enough to vote for the man who looks strong enough to keep housing values up, to destroy your unseen enemies abroad, and to give God a voice in national affairs. The problem is that neither the old fellow at Home Depot nor the rest of us are living and working in 1956 and voting for Eisenhower.

The media and politicians used to call people like the man in the orange vest the “traditional working class.” They were the ones who came home from the Korean War and proudly built all those 1,100-square-foot faux–Cape Cod aluminum-sided bungalows across America. Now these working people both young and old—mostly whites with only a high school diploma—are nameless (except for the most obviously worst-off, who do have a name: white trash).

Universal access to a decent education, however, would lift the lives of millions over time, especially considering that many of the worst aspects of poverty stem from the intellectual bareness and brutality of the environment. I can remember my father chastising me for reading art books with Rubens’s nudes on the cover. “Dirty pictures,” he called them. And I can remember my mother asking me if I was queer after I spent a whole day charcoal sketching from Michelangelo’s David. Never experiencing the life of the mind scars entire families for generations.

Malcolm X had it straight when he said the first step in revolution is massive education of the people. Without education nothing can change. What my people really need is for someone to say out loud: “Now lookee here, dammit! We are dumber than a sack of hair and should’a got an education so we would have half a notion of what’s going on in the world.”

In an ersatz democracy maintaining the popular national fiction that everyone is equal, it is impermissible to say that, although we may all have equal constitutional rights, we are not actually equal. It takes genuine education and at least some effort toward self-improvement just to get to the starting line of socioeconomic equality.

Conservative leaders understand quite well that education has a liberalizing effect on a society. Presently they are devising methods to smuggle resources to those American madrassas, the Christian fundamentalist schools, a sure way to make the masses even more stupid if ever there was one. Is it any wonder the Gallup Poll tells us that 48 percent of Americans believe that God spit on his beefy paws and made the universe in seven days? Only 28 percent of Americans believe in evolution.

The operating Christian principle is that one should always kick people when they are down—it gives them incentive to get up.

I remember my ninth-grade history teacher at Handley High School spending an entire classroom hour on “communist labor unions.” The same teacher, rest his soul, also told us that “coloreds are happy enough to have a coon tail on their car antennas and a plate of fried chicken on their table.”

There is no good reason why for the past thirty years the uncertainty and dissatisfaction of people like Tom and Nance was automatically snubbed as unenlightened by so many on the left. If the left had identified and dealt with this dissatisfaction early on, if they had counteracted the fallacies the Republicans used to explain that dissatisfaction, if they had listened instead of stereotyping blue-collar angst as “Archie Bunkerism” (itself a stereotype of a stereotype delivered unto their minds by television) and maybe offered some gutsy, comprehensible, and practical solutions, we might have witnessed something better than the Republican syndicate’s lying and looting of the past six years. Real movements take advantage of the protest-potential to be found among dissatisfied and disappointed people—people disenfranchised by bureaucracy, technocracy, and “experts.” Rightists tapped into that dissatisfaction by lamenting the loss of community and values and attributing it to the “cultural left’s” feminism and antiracism, the gay movement, and so on. The Republican message, baloney though it is, was accessible to Nance. The Democrats didn’t have any message at all.

Real movements take advantage of the protest-potential to be found among dissatisfied and disappointed people—people disenfranchised by bureaucracy, technocracy, and “experts.” Rightists tapped into that dissatisfaction by lamenting the loss of community and values and attributing it to the “cultural left’s” feminism and antiracism, the gay movement, and so on. The Republican message, baloney though it is, was accessible to Nance. The Democrats didn’t have any message at all.